Howdy, I’m Jared, and I’ve been reading your site for years upon years; now, I finally have something to submit.  During the spring/summer of 2011, we had terrible luck in terms of cars.  Both my parents wrecked their cars, and one was lucky to be alive.

My dad wrecked his 2006 Ford Explorer Eddie Bauer first on 21 April 2011; it was a minor 15-MPH fender bender in a bar parking lot.  He was slightly inebriated, and since the Corpus Christi Police Department doesn’t respond to parking lot incidents, he was lucky not to have been slapped with a DUI.  The photos included are of the damage after the fact, which may not look too bad, but all told it was exactly $6,005.00 in the body shop when he got it back forty-five days later.  The hood, fenders, bumper, grille, both headlights, radiator, and radiator supports needed to be replaced (strangely, the fog lights were still healthy).  The truck had 124k miles when it was wrecked, and a few more repairs later, still runs strong today at 172k miles.

However, my mom wasn’t so lucky on 9 July 2011.  She was driving down Windward Drive on North Padre Island in her 2004 Saturn Ion doing about 40-MPH when she blew through a stop sign and caused a four-car collision.  There was no airbag deployment whatsoever in her car, even though she was hit on the front and side.  However, it was just as well that the airbags didn’t deploy, because instead of receiving the concussion that she did from hitting the A-pillar, she would have been dead due to the short distance that she sits from the airbag.  The only thing she remembers about the collision to this day is recalling that the driver’s side glass was completely shattered.  What’s more, she did not have full coverage (she had paid the car off two years prior), so she was not able to do anything except watch the other crash victims lawyer up and attack her insurance for the injuries.  Eventually, she did replace this car with a 2012 Chevy Impala in Victory Red, but she is eerily cautious about her driving now.

The morals that I’ve learned from my parents?  Don’t drink and drive and don’t let your attention lapse.
I drive now, and I let those apply every day.  Hopefully, my 1999 Chevy Tahoe doesn’t end up on your galleries. 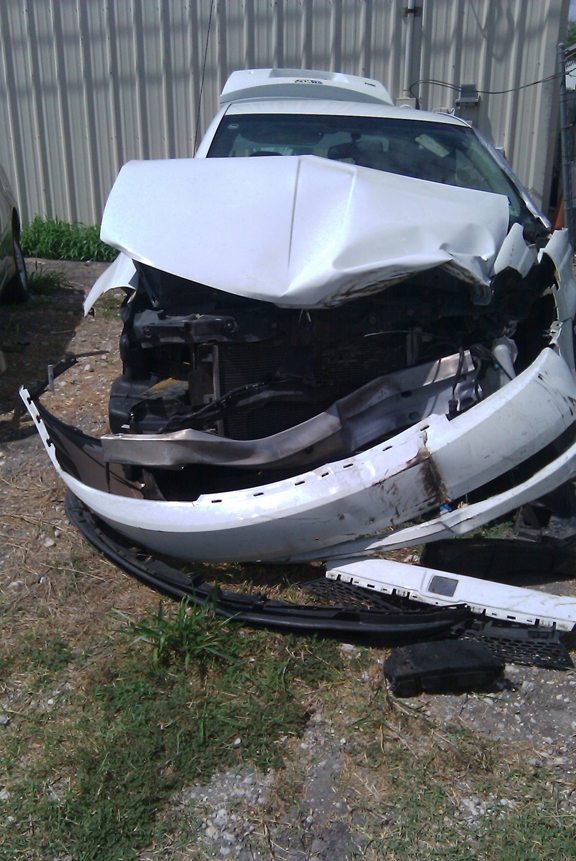 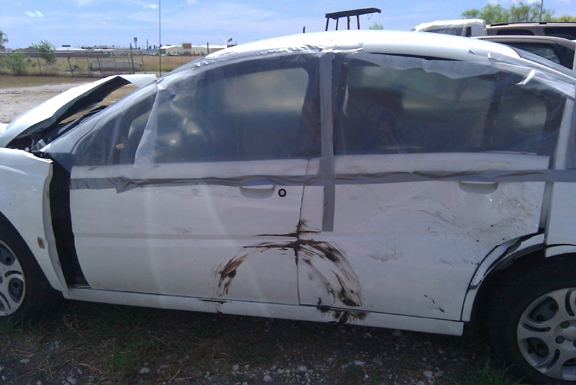