This was my first car a 2002 Hyundai Accent in which I was involved in two accidents within the span of exactly one month in Hot Springs Arkansas. I got this car in May 07.

The first accident was just a minor one. I was rear ended on august 10th 2007 by a blazer from out of town. They were unfamiliar with the road and while coming around a corner hit me while I was at a dead stop with my blinker on waiting to turn.

The second accident which is the one pictured was September 10th. Exactly one month from the date of my first accident. I had just gotten it back from being repaired in the body shop, I think I had it for 4 days.
One evening as I was driving to a friends house after I got off work, it was about 10:30 p.m, I was a little lost because the only other time I had been to this friends house was when it was daylight outside and the road I had to turn on was a bit hidden by some trees. I put on my blinker to turn left so that I could pull over and call my friend to make sure I was going the right way, as I turned a man driving an older model Chevrolet Beretta slammed directly into my drivers door going approximately 60 to 70 miles an hour. There was a jeep directly behind me and the Beretta was behind the jeep, he didn't realize I was turning and decided to pass the car in front of him and myself, obviously some one needs to learn some patience. He passed illegally on a double yellow line and also while coming around a curve. He pushed me 50 feet from where I was turning. I did get knocked out for a few moments I don't remember turning just waking up in a ditch. I did have my seat belt on, which I believe prevented even worse injuries. I had a concussion, rib damage, and now I suffer from permanent neck and back pain almost everyday even though I went through therapy.

To wrap it all up, please think before you decide to get impatient behind the wheel! 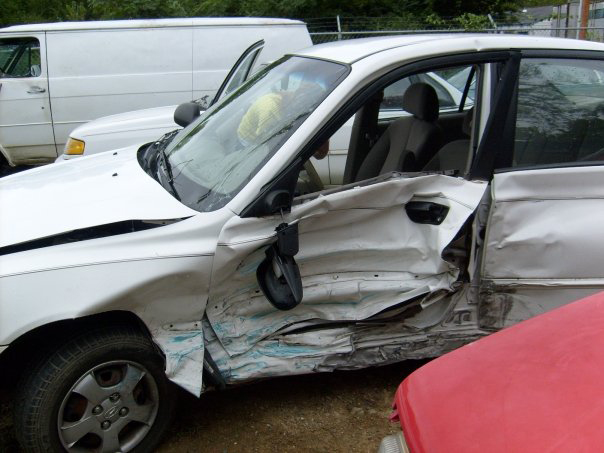 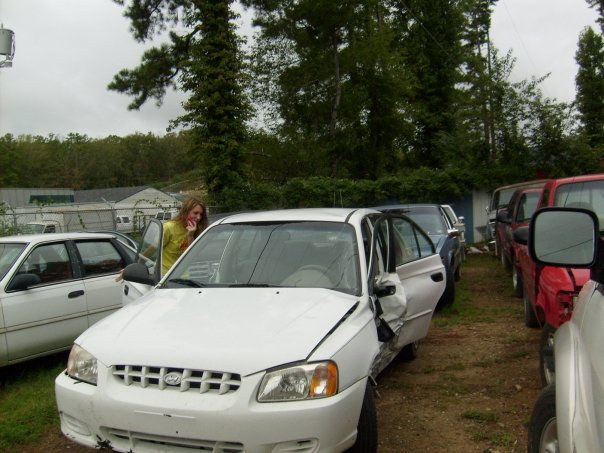