More Pictures Of this Crash Here >>> 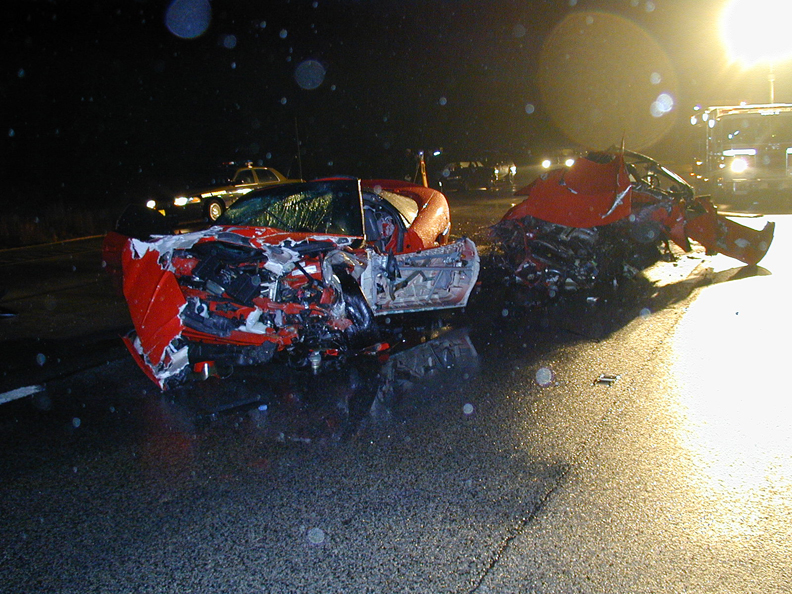 This accident happened a few years ago. These two cars where racing each other after leaving a bar. The Nissan(I think) lost control hit the guard rail went airborn and struck the upright of an overhead sign structure. It spun off and was T boned by the camaro.

Both drivers where ejected. The young girl in the rean of the Nissan was killed. The structure had to be removed because the impact broke off the pole from the anchor bolts. 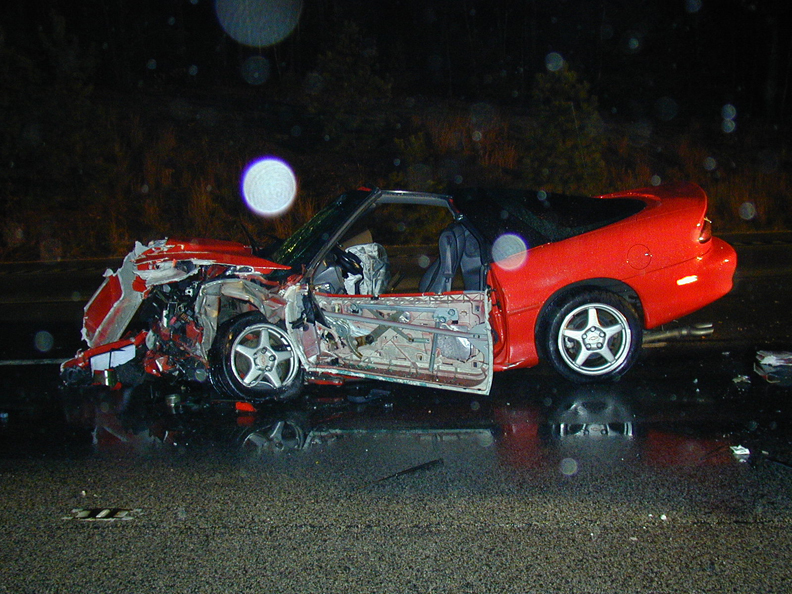