This accident happened in Pleasant Gap, Pa.The car was a Nissan Ultima. It was a warm July 25, 2010 morning (2:15 AM) when the accident happened. My daughter and her friend were out socially with friends when her friend became very angry he did this when he drank to much. He was over twice the legal limit Intoxicated, Marijuana and other drugs in his system. Very angry he takes Julie's keys then demands Julie to get in her car. He proceeds to travel at speed over 100 MPH, loses control goes off the road hits a ditch, car then travels end over end for 380 ft Julie was ejected threw the windshield then slid under a chain-link fence the vehicle then rolled over her. The car hit the fence knocking the fence down on top of her. The fence then brought the car to a stop.
The Fire company worked frantically to get the fence off of Julie.The Police Officer stated Julie was alert and able to answer questions he said she looked okay just a few scratches. Julie asked if she were going to be okay and then a little later said "I don't want to die." I haven't been told what else she said because that will be used as evidence. The driver was entrapped inside the vehicle. Both patients once extricated were flown by helicopter to a hospital 60 miles away. Julie Passed away 2 1/2 hours after the accident of Multiple blunt force trauma injuries. The driver was operated on then released 4 days after the accident.
As of March 2, 2011 the driver has not been charged because of the impending accident report.
I am Julie's Mother this has been a horrific tragedy, one our family will never get over. Julie is missed dearly.
Please don't drink and drive and above all don't ride with a someone that was drinking!
You can visit Julie's site at www.justice4julie.com 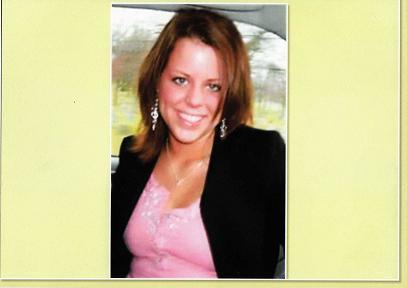 1. Please use either a jpg, bmp or gif format. Tell us your story! General Guidelines: please include a description (include make model if known), what happended and the date of the accident and the accident location (City, State, or Country if outside US).
2. You agree to our terms and conditions.
3. Send to